The rise of social media has made watching television more fun and interactive. We get regular status updates from our friends who are commenting and sharing the latest trends and their opinions on current TV shows (not to forget about the endless amount of hashtags and tweets giving us live updates on current developments as the show proceeds).

On top of this, it seems as if the sudden rise of niche influencers has radically increased the volume of online chatter. These recent developments seem to have kickstarted a new multi-screen phenomenon, otherwise known as “social TV”, which is the joint viewing of TV shows alongside the consumption of program-related social media chatter.

Why social shows are interesting for advertisers

Shows with a high volume of online engagement are known to have a committed viewing audience. This means that these viewers are more inclined to watch multiple episodes, watch live and watch without changing channel during ads, all of which are of great importance to advertisers.

Participation in online chatter about a show may engage viewers, making them more committed to the show, which in turn may improve the effectiveness of subsequent ads shown during commercial breaks.

Viewers who converse about TV shows may also discuss ads online, an activity that increase earned media for the advertised brand, boosting brand awareness. This also provides advertisers with a real-time gauge of ad effectiveness. 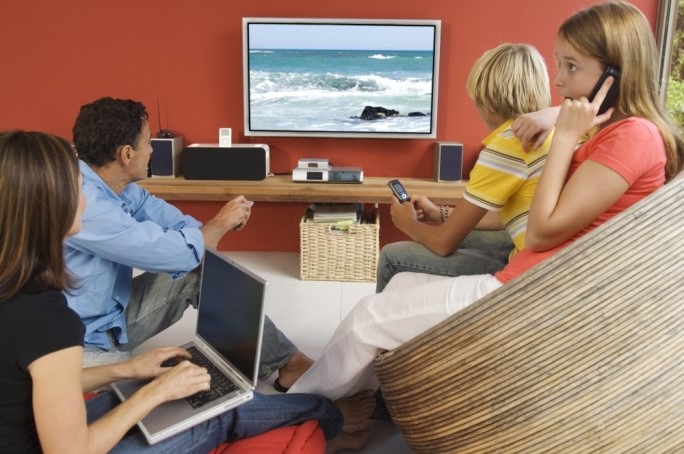 How the halo effect may increase your ad's effectiveness

The positive effects of social shows with program involvement are diven by the halo effect. The highly involved viewers who acively follow social TV are known to have an increased cognitive arousal and attention whilst watching the show.

Through the mechanism of the halo effect, this change in cognitive state affects their ability and motivation to process ads.

The importance of emotion

Research has shown that specific ad characteristics can increase viewer attention and motivation to process ad information. Given that ad effectiveness during social shows may vary due to the emotional component of an ad, we can separate ads into two ad groups: affective ads and informational ads.

Affective ads tend to have an emotional or funny component, are perceived as more entertaining, are more successful in capturing viewers’ attention, and reduce ad skipping. They also tend to increase immediate online traffic when the volume of social activity is high. This is caused by affective ads’ capacity to recapture the viewers’ attention from the TV show, allowing their engagement to spill over to engaged ad processing. Affective ads are known to trigger immediate e-commerce activity when they air during the broadcasting of social shows.

Since online program engagement may moderate the effect of ad mood on online shopping behavior, we suggest running more affective ads to boost ad performance when online engagement with the program is high.

With this said, retailers interested in leveraging the full benefits of social shows should air more affective advertisements, rather than more rational or informational ads.