Celebrate your mistakes and increase your profit!

Turning errors into something unique

“To err is human”, the English poet Alexander Pope once said. We all make mistakes. I do, you do and everyone else does. Despite knowing that everybody makes mistakes, we aren’t necessarily keen on admitting our own mistakes. Companies are no different. Companies consist of people working towards a common goal and are prone to making errors too. And just like the people, companies naturally prefer to sweep their own mistakes under the rug where they can’t be seen. However, a new research paper by Taly Reich, Daniella Kupor and Rosanna Smith suggests that in some cases, embracing mistakes could be a profitable course of action.

In a series of six experiments, Reich, Kupor and Smith found that consumers would prefer products made by mistake over identical products made by intention. This preference also increased the willingness to buy these products, regardless of whether the mistake actually improved the product.

The explanation for these results can be found in the intentionality bias. This bias leads people to assume that actions made by others are intentional, even when they are not. That means that if there is some unusual deviation or oddity in a product’s design, people will by default assume that this deviation is intentional, rather than a mistake. In other words, people perceive the possibility of a mistake being made in a product’s design or production as highly unlikely.

This low probability of mistakes occurring means that when people become aware that a mistake was actually made, they will value the product as unique and different. Alongside an increased perception of the product’s uniqueness, it has been shown that customers also have an increased preference for this product. People prefer products and experiences that they perceive as unique and are even willing to sacrifice pleasure and convenience for this experience. 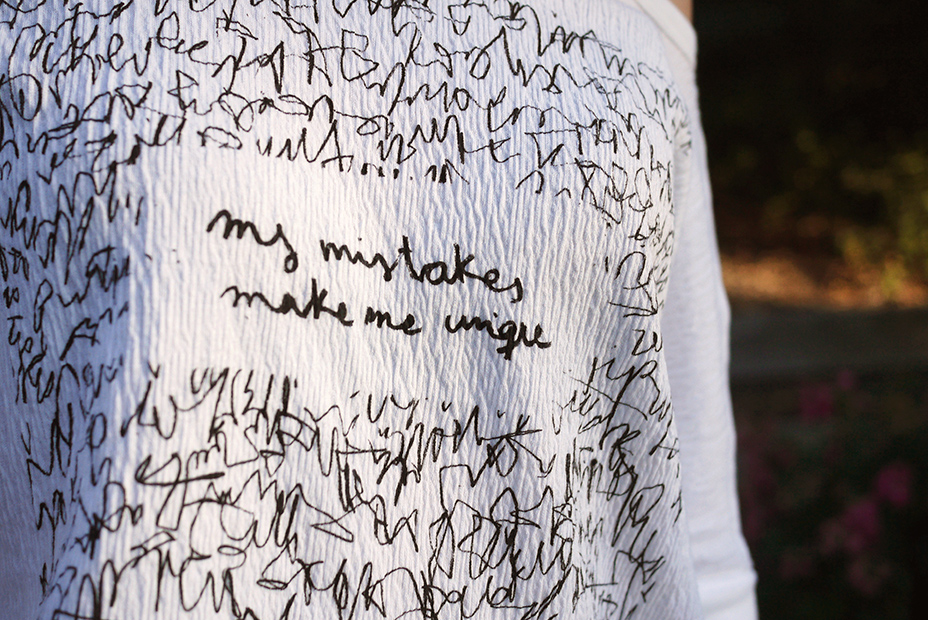 For example, people are queuing up to sleep at the ice hotel in Jukkäsjarvi in northern Sweden. The cold rooms in this unique hotel start at around 4000 Swedish Krona (around €370) per night, but the hotel is still sold out well in advance despite the high prices and the cold temperatures. People love the hotel for its uniqueness, even though they have to sacrifice their comfort and pay a lot of money to do so.

In conclusion; not only will consumers see a product with mistakes as more unique, but this uniqueness will also increase their preference for this product.

These findings can be used to increase people’s preference for your products. If you’re still unsure about publicizing your mistakes, you could consider the fact that a number of very popular product inventions were also the results of accidents. For example, if Richard James hadn’t accidentally knocked over a box of experimental springs in 1943, Slinkies would never have been put on the market. And on one evening in the early 1900’s, Frank Epperson forgot his cup of soda, with a stirring stick inside, out on the porch. The cold night turned his drink into ice with the stick still sticking out, prompting Frank to create the Popsicle some years later.

Also, if John and Will Kellogg wouldn’t have left one of their Granola experiments to dry for longer than intended, no one would have been able to enjoy Cornflakes during breakfast. Kelloggs even displays this story on their website. The fortunate mistake is now part of Kellogg’s proud history and to say Kellogg’s did well would be an understatement. You could do the same by including a mistake or unintended action in your backstory

So does this mean that we all should start making plenty of mistakes and post weekly blogs on how bad we're doing? Not exactly. As always, there is a caveat. The effect was observed in a number of domains, notably arts, food and music. These are all hedonic categories in which uniqueness is highly valued. For more utilitarian products however, uniqueness is not regarded as very valuable. You would want a painting to be unique, but you probably wouldn’t really care if your boiler is one of a kind. This was demonstrated in one of the experiments, where the participants were found to have an increased preference for bubble soap made by mistake (hedonic product), but not for liquid soap made by mistake (utilitarian product).

It is also worth noting that the specific mistakes that the researchers used in this study were relatively mild, for example a finger bomb in a photograph or a mark on a drawing. These were all trivial mistakes, without a significantly negative effect on the product. Obviously, there are other mistakes for which the consequences are much more severe and these were not included in the research. Intuition suggests that knowledge of such a mistake will sink consumer preference to rock-bottom.